Whidbey Community Foundation is excited to announce the addition of its two newest board members: Lance Gibbon of Oak Harbor, WA, and Jerry Millhon of Langley, WA. 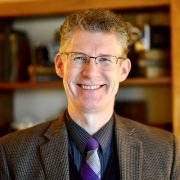 Lance is currently in his seventh year as superintendent of Oak Harbor Public Schools. He serves on a number of regional boards and has twice been recognized as the Best of Whidbey Community Leader of the Year. He received his masters and doctorate in Education from Seattle Pacific University. Dr. Gibbon is also a long-time professional musician and arts supporter. Oak Harbor has been Dr. Gibbon’s home for the last 12 years.

Jerry was formerly the Executive Director of the Whidbey Institute and served in this position until 2015. During that time, he helped launch Thriving Communities which focuses on filming and gathering people to share the work of common (grassroots) people doing uncommon work for the common good. Jerry graduated from Denison University and received his Master of Arts in Teaching from Antioch Putney-Yellow Springs, OH. He has lived on Whidbey since 1994.

Lance and Jerry join WCF’s Board of Directors who represent north, south, and central Whidbey Island. Formed in 2016, Whidbey Community Foundation’s mission is to improve the quality of life on Whidbey Island by providing support for the nonprofit sector, assisting donors to build and preserve enduring assets for charitable purposes, and meeting community needs through financial awards.